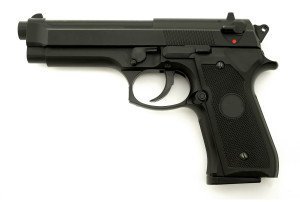 A South Carolina police officer was arrested yesterday for the murder of an unarmed black man. This is all because of video evidence that surfaced of the North Charleston officer, Michael Slager, firing eight times at the unarmed man as the man fled in an open field.

The Series of Events

According to police reports, the victim in question, 50-year-old Walter L. Scott, continued to flee after being hit by the officer’s stun gun. The reports also state that Mr. Scott took Officer Slager’s stun gun, which lead to a reasonable pursuit.

However, the video seems to show a different story. First, the stun gun is dropped. Second, the officer guns down Mr. Scott and drops something next to the unarmed man. It is not clear what was dropped; however, some fear that this was planted on the man after his shooting, as police report that the officer’s taser was taken.

As you see in the first few seconds of the video, portrait orientation would not have accurately captured the events as they occurred. Mr. Scott would have run off screen and we never would have seen this happen. However, because he shot the video in landscape mode, we see the shooting clearly.

Situations like this help reinforce the importance of the devices in our pockets. Smartphone video can make or break a case like this and we need to understand why it’s so crucial to utilize the tools we have when an unlawful event occurs. If it weren’t for the Good Samaritan, this story may have gone unseen and unnoticed.

You can watch the video below via the NY Times: