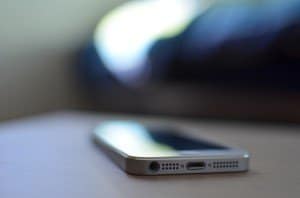 We have previously discussed techniques that video forensic experts use  when conducting mobile video/cell phone video enhancement. What we have yet to discuss is how we get the best results when enhancing mobile video recordings.

An Introduction to Smartphone Video Evidence

Since most mobile video evidence is shot freehand on a smartphone camera, you can’t guarantee it will be decent quality. People naturally shake when recording dramatic events. The placement of your subject and method of recording video can lead to poor video evidence that needs forensic enhancement.

Video forensic experts know available software programs and outboard digital signal processors that can help your video provide valuable information to the authorities. Primeau Forensics’ team of experts have reviewed and enhanced hundreds of videos, many of which are from smartphone cameras. One of the most prevalent problems in our experience is unstable recordings. The chaotic motion of a cell phone video can make it hard to tell what’s happening.

Adobe products are excellent tools for video enhancement assignments. Adobe After Effects has a plug-in called the warp stabilizer which creates a full frame reference for the shakiness of smartphone video. It enhances the audience’s ability to view the video and more effectively determine the events that occurred.

The two clips inserted below showcase video enhancement techniques. The first is from an actual video enhancement case and was recorded using an iPhone. No stabilization has been applied to this video. Notice how difficult it is to view.

IMG 1363 from Primeau Forensics on Vimeo.

In the next video, we take the same source clip and time apply several filters, including warp stabilization. Notice how much easier it is to view the video as the frame follows its motion, creating a more stable picture for analysis.

A trained forensic expert knows how to apply tools that enhance video evidence. These tools allow you to zoom in and clarify otherwise difficult to see events. However, it is important to note that these processes may lower your video quality. And as Hollywood may lead you to believe, fixing it isn’t nearly as simple as pushing the enhance button.

When zooming in on a mobile video/cell phone video enhancement, its pixels can reduce video quality. Simply put, pixels are the small boxes of color code that combine to make up a given image. A specific amount of pixels make up the clear image you see in front of you. To further explain, think of a large collage composed of much smaller pictures. Once combined in a specific order (usually by color), the smaller pictures create one larger image. Think of pixels as those smaller square picures that make up one large picture. However, expanding an image also means increasing the size of each pixel and can cause image distortion.

Photoshop and other Adobe programs offer pixel interpolation. Generally speaking, pixel interpolation tools blend cubic pixels together to create a more cohesive image. You can see in the second video above, the image has been enhanced so the viewer can better see the events that occurred. It is important to note that video quality hasn’t been compromised because pixel interpolation techniquees helped keep the image clear.

Smartphone orientation is the biggest issue we see when conducting mobile video/cell phone video enhancement. Always be sure to record horizontally, or landscape, in order to capture a larger portion of the scene. The vertical position records a much more narrow view of the scene and keeps potentially valuable information out of reach.

In the footage shown above, notice that at the 0:25 second mark, the camera focuses on the Jeep pulling up as another officer runs toward the scene. This distracts our focus away from the scene and we miss a substantial amount of the incident. Had this evidence been shot horizontally, we would have been able to view a greater portion of activity as the officer arrived at the scene. We would also have been able to better see the white Jeep in the background, which was an important detail.

With the expansion of mobile video technology, any cell phone could effectively record a crime scene that can go on to become crucial evidence. The highest quality video recording can help litigators more effectively. If you have any further questions on conducting mobile video/cell phone video enhancement, please contact us for a pro bono consultation.

Expert Video Enhancement: A Matter of Life or Death