Home » Blog » The Palace Brawl: The Significance of Video Evidence

The Palace Brawl: The Significance of Video Evidence 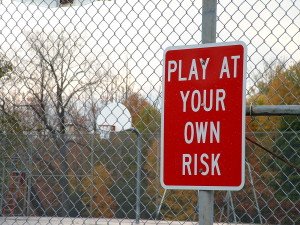 November 19, 2004 was the day the worst sporting brawl in US history took place. It was the final few minutes of the basketball game between the Indiana Pacers and Detroit Pistons when a fight broke out between the players. While Ron Artest was in time out, a drunken fan tossed a partially full beer cup and hit Artest causing him to jump over seats and attack a fan in the stands. With tempers running hot, Artest went after the wrong person and triggered an ‘every man for himself’ situation with only four Auburn Hills police officers in the building.

After the criminal litigations were over, the attorney for the Pacers, Steve Potter retained my services as a video forensic expert on behalf of the Indiana Pacers basketball team. My first activity was to collect all of the available video footage from that moment when the brawl broke out. As you can imagine there were many video sources. With the help of http://www.potterlaw.com/, I found cell phone videos, CCTV system videos from the Palace of Auburn Hills, and four major television network multi-camera video sources.

The next task was to cull through all the footage including multi-camera views of the brawl and isolate those vantage point views that helped bring the brawl into the courtroom for the civil litigation.

I was prepared with several video clips when the first civil case went to trial, Haddad V Indiana Pacers on August 10, 2006. (Read all about it here).

Here are the video forensic activities I used to help the Trier of Fact and jurors view the brawl including all isolated incidents in question. After I received all video footage, I loaded the various formats into my forensic computer using Adobe Premiere Pro software. I created sequences for each incident and placed the useful camera vantage point clips back to back in each sequence. Some events went by very fast so I repeated the video clips and added slow motion. In some cases, I reduced the speed by 25%, 50%, and 75% so all persons could see the series of events as they occurred. When necessary, I also zoomed to enlarge the area of interest in each video clip.

In my opinion, it is very important to place this series of clips back to back with a 5-second pause in between clips so the viewer can become acclimated with the series of events as they occurred. For each clip vantage point, there was an average of two to five minutes of video all persons could watch to see exactly what went down during the brawl.

Read more about the brawl: http://en.wikipedia.org/wiki/Pacers%E2%80%93Pistons_brawl

Footage from the infamous brawl can be found below: