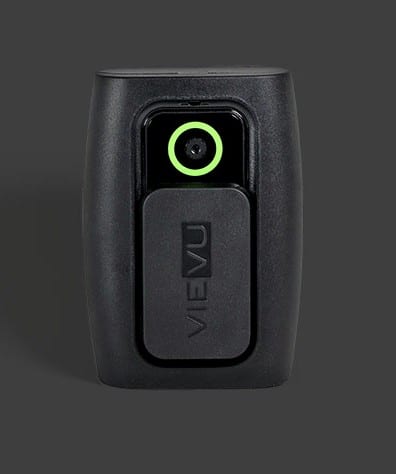 Body-worn CCTV video cameras come in all shapes and sizes. are easily available on the Internet. Anyone can purchase a wristwatch camera, cell phone camera, or buttonhole camera (see photo below) to name a few. Now you are not only more than likely being video recorded by a public or private CCTV system while walking down the street, but there is also the possibility that your lunchtime conversation with an ex-partner is being video recorded for truth and accuracy.

Our right to privacy is nonexistent in public. No longer can we assume we are having a private conversation if we are outside our home. Is this good or bad news?

Body-worn cameras have been used for years by law enforcement to record drug transactions and other illegal activities to bring illegal activity into the courtroom. DEA agents as well as the FBI have important work to do and are often accused of altering evidence. Body-worn cameras help prove authenticity and avoid false statements like “It was not me” from accused drug traffickers.

Traditionally, audio recording devices were used to record these illegal transactions. However, a lot of money was being spent on voice identification in order to prove or disprove identity when the accused denied involvement. In most cases, police officers and government agents would never sacrifice their reputation, retirement, and career by altering evidence for the purpose of making a conviction. I have seen altered evidence in the past but that is another blog post. Wearing a body-worn camera is similar in nature to an accident reconstruction video. It brings the crime scene into the courtroom.

I suspect that one day in the future our government will pass legislation on video recorded evidence that will be presented in the courtroom. In the meantime, good and bad guys will continue to purchase these body-worn cameras and use them to record conversations that document activity verbally and visually. That way there is little doubt as to what was discussed or what went on during the audio and video recorded conversation.

The Power of Digital Forensic Analysis and CCTV