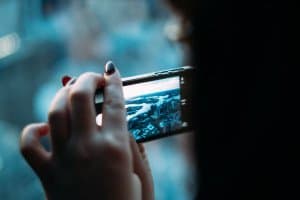 Over the past few years, we’ve seen a significant acceleration in the development and manufacture of consumer-grade, mobile video devices. From smartphones to GoPros, video recording has become substantially less expensive and far more accessible to consumers. In turn, this may change digital evidence as we know it.

The Evolution of Mobile Video

The mobile video revolution now allows us to capture video of events as they occur. This phenomenon has created powerful repercussions in the courtroom. Thanks to the availability of video devices and trends in social media, we now have presented at trial video evidence of events that, until recently, have rarely been made known.

For example, take this video of a woman from Mississippi. As she begins to merge onto the highway, a truck hits her car, causing it to catch fire. She and her children appear trapped as the flames grow in size.

Suddenly, a truck driver approaches from behind the scene of the accident. He pulls the family from the burning car just before it explodes. Had the truck driver appeared a few minutes later, it is likely that the entire family would have been killed.

However, the documentation of heroic stories like this is only the beginning. The spread of mobile video devices to every pocket, purse, and vehicle has widespread positive effects. This public video revolution can also make or break a court case, providing the crucial evidence that makes true justice possible.

For this, let’s use the currently infamous video, Officer Go-F***-Yourself. The officer in Ferguson appeared at a peaceful protest late one night in August. He approached a group of young adult protesters with an assault weapon drawn. He pointed it at them and he told them that if they did not return to their homes, he would “f***ing kill them”.

In the world of law enforcement, this kind of behavior on the part of an officer is absolutely improper and illegal. The protest was peaceful. The young adults weren’t causing any harm or exhibiting disorderly behavior. Even if they were, threatening protesters in such a crude manor is clearly unacceptable in a free society.

Had this happened 10 years ago, it might have gone completely unnoticed. The officer in question may have gotten away with blatantly making death threats to civilians, and the only evidence from the protesters would?ve turned into a game of ?he said, she said.? However, because one of the protesters was smart enough to take out their cell phone and document the entire confrontation, justice was done and the officer was suspended from the force. The police in Ferguson were able to see the events exactly as they transpired, so it was indisputable that he was guilty. This, in itself, is revolutionary, and is an indication of how much power video evidence can have in the courtroom.

The fact stands that a clear representation, such as video, is the most indisputable evidence there is, and allowing the jury, officials and lawyers to witness the event with their own eyes and ears is the most effective way to present evidence. Other forms of evidence can be easily disputed, but allowing the court to see, hear, and experience the event for themselves is the most effective method of presenting evidence, even more reliable than an eyewitness account.

Think about it this way. Consider the most powerful documentaries you?ve ever seen. What do they all have in common? Generally, they all rely on the reality of the situation by allowing viewers to experience it for themselves. You can throw out as many facts and statistics as you want, but seeing, hearing, and experiencing actual issues, people, circumstances, and actions is what will stick with people most. The feeling viewers derive from seeing the faces and hearing the people speak is incomparable to any statistic in the world. This is why Charlie LeDuff?s piece on Ferguson is one of the most powerful, yet. It doesn?t focus on the narrative; it doesn?t focus on stats; it focuses on the people. It focuses on those who are so passionate about this cause that they would fight, risk arrest, or even die for it.

The consumer video device revolution is so important to the justice system, and the best way to reap its benefits is to remain aware of its power. If you experience anything unlawful, always remember that the little rectangle sitting in your pocket could make or break the fate of those guilty. These devices allow us to capture indisputable evidence about what truly took place, and this is a privilege we can?t ignore. If these developments continue, they could completely change the face of digital forensic evidence forever.