Lately, video as evidence is expanding to include body-worn cameras that have been implemented into many police agencies across the United States.

Primeau Forensics is experienced with forensic analysis and enhancement of body worn cameras. There are many makes and models of body-worn cameras. All of them have various features that have an impact the quality and integrity of the video recordings that they create. President Obama authorized funding for police agencies to purchase this equipment. Currently, there are numerous police agencies around the country that are testing different makes of body-worn cameras and learning how to properly integrate them into their procedures. Many of these agencies have been transparent with their testing and have begun to approve further funding to outfit more officers with cameras. 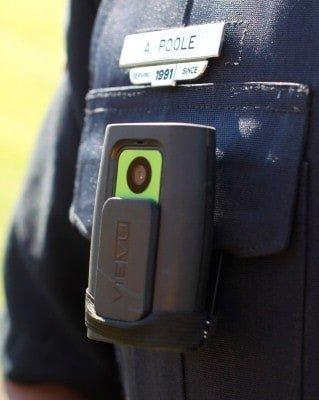 The more video becomes available, the more real life situations enter the courtroom. Not to mention, the quality of body-worn cameras is improving to the point that video forensic enhancement is not necessary. 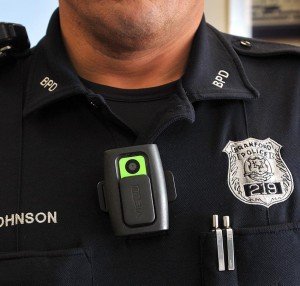 For example, a department-issued body-worn camera recently captured events leading up to an officer’s murder in Flagstaff, Arizona. If the suspect hadn’t gone on to commit suicide, he could have stood trial to claim innonence in the incident. In this case, the video would save thousands of dollars that would have been spent investigating the officer’s death.

Primeau Forensics recently worked with VIEVU, a manufacturer based out of Seattle, Washington, to help in the research and development of their body-worn cameras. VIEVU sells its cameras to more than 4,000 police agencies in 16 countries. Our team helped them test the field of view (FOV) for their cameras. Additionally, we researched the various FOV options to learn the optimal lens degree in field situations.

President Obama recently proposed a bill to provide police department for the purchase of body-worn cameras. The proposal includes $75 million to help pay for 50,000 of the lapel-mounted cameras, with state and local governments paying half the cost. This proposal came shortly after the Michael Brown shooting in Ferguson, Missouri. What is more, this is a crucial development in forensic video. These cameras help litigators learn more about a series of events that occurred, a reality that excites video forensic experts like ourselves. Most importantly, this has the ability to save our judicial system money and ensure a correct decision in a person’s guilt or innocence. 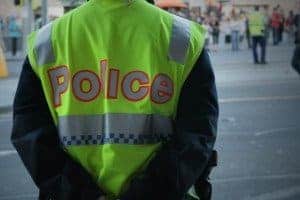 Video is the least challenged of all digital media forensic evidence. It provides a clear indication of the events as they occurred by allowing the judge and jury to observe the event with their own eyes. Therefore, nothing is as revealing as video to clearly show the court exactly what happened.

If the officer involved in the Michael Brown shooting, Darren Wilson, had a body camera, the case might have had a different outcome. The ability for the jury to see something first person can be invaluable to their decision.

For example, in the video embedded below, courtesy of ABC News, we see two pieces of evidence. First, footage of a confrontation taken from the dash-cam. Second, evidence taken from the body worn camera. As the first half of the video shows, the police officer in question tackles the suspect for seemingly no reason. The body camera, however, tells a completely different story.

Last year, Primeau Forensics had the opportunity to test and review one of these body-worn cameras, the VIEVU LE2. These cameras would be phenomenal for police forces all over the U.S. It’s 72-degree wide angle lens allows for a wider first person perspective. That means even a suspect standing at a distance from the officer is still being recorded. The near-professional quality of the audio and video ensure a clear understanding of the situation. In addition, the digital signature security ensures that the video footage is tamper-proof while on the device.

In conclusion, body worn cameras could completely revolutionize the court system and how it interprets evidence. Video like this can be instrumental to the outcome of a case, as it provides the most realistic representation of what exactly transpired in a given confrontation. As shown above, not even a dash-cam can always show us everything. However, having a first person perspective of a given confrontation is pivotal to the jury’s final decision.