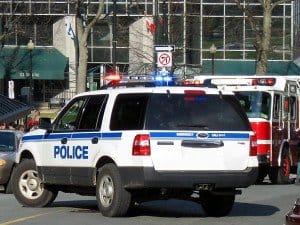 Written by Marc Linden Over the past twenty years, the technology behind police car video surveillance systems has evolved significantly. Simultaneously, acceptance of these systems among citizens and police has continued to grow. Police car video surveillance systems are commonly referred to as in-car video (ICV), and I am often called to appear as an expert witness when such video recordings are introduced as evidence in a trial or hearing. My job is to clarify the contents of the video and check that the recording has not been tampered with in any way. Modern ICV systems are completely digital and store compressed video with sound on hard-disk or solid-state drives. The police officer or state trooper wears a wireless mic, and a dash-mounted camera captures video. During a traffic stop, the ICV makes a permanent record of everything that transpires between the police and motorist. The watermarked video is stored in a tamper-proof enclosure, and a careful chain of custody is maintained as the video is removed from the car, downloaded, and archived. Here are the numbers: there are about 18,000 independent municipalities in the U.S., and they own roughly 450,000 patrol cars. Approximately 50% of those cars are currently equipped with ICV. With systems priced between $3,000 and $5,000 per vehicle, this represents a substantial investment. Despite tight local budgets, sales of ICV systems to state and local law enforcement continue to grow at a healthy rate. Given the growth of the industry, I was quite surprised by a story related to me recently by a colleague. He said that the Massachusetts State Police had recently removed all ICV systems from their patrol cars in an effort to boost conviction rates in cases where traffic stops resulted in arrests. Could it be true that a completely objective record of arrests was of greater use to defense attorneys than prosecutors? My colleague was right. Currently, not a single Massachusetts State Police patrol car is equipped with in-car video. But there’s more to the story. Their patrol cars have NEVER had ICV! Digging deeper, I found that even though 72% of all highway patrol and state police patrol cars are ICV equipped, there are 4 or 5 states where none of these vehicles have video. Massachusetts is one of those states. It seems there are a variety of factors that play a part when state or local police make the choice to opt-out of ICV technology. There may be budgetary constraints or officers and their unions may object on the grounds that ICV hampers police, who are constantly on guard against being caught making a mistake or an error in judgment. Then, there are different interpretations of overlapping federal, state, and local laws regarding privacy; there are states where audio and/or video recording requires dual party consent (e.g., Massachusetts), and there are states where single part consent is sufficient (e.g., Maine). My guess, however, is that the most important factor in determining whether state or local police have ICV is public opinion. For some, the threat of Big Brother watching them 24/7 makes ICV an indefensible intrusion on their civil rights and their privacy. Massachusetts State Police have no in-car video and neither do local police in Boston. But anecdotal evidence suggests that the farther one travels east, away from Boston, the more local police patrol cars are ICV equipped. Personally, I think ICV helps protect everyone involved, both officers and motorists. And according to The International Association of Chiefs of Police, in situations where an officer’s conduct has been called into question, police car video surveillance systems have helped exonerate those officers in 96.2% of all cases. 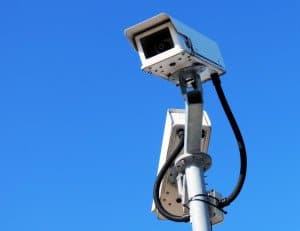 As a video forensic expert, CCTV enhancement (closed-circuit television) is a day to day practice we perform on video recordings from both digital and analog surveillance systems. Often times, the courts we testify in want to know how to enhance security camera videos. In the following post, we will describe CCTV enhancement and how to enhance CCTV camera videos to retain quality and clarify the recorded events. We will also cover the basic best practices to ensure the most successful and accurate forensic video enhancement.

What is CCTV Enhancement?

CCTV Enhancement is done using non-destructive techniques to preserve the video evidence integrity and pixel quality. Some of the most requested forensic video enhancement are license plates. Clarifying or enhancing the events as they occurred assists the trier of fact to make determinations about the video events. As video forensic experts, we are asked to enhance recordings used as video evidence to clarify the events as they occurred. Video recordings used as evidence can be enhanced regardless if they were recorded during the day or at night. The success of the CCTV Enhancement is directly proportionate to the quality of the video recording. We can perform a preliminary analysis to make sure we are confident in meeting our client’s expectations. Often times, we are also asked to provide forensic image enhancement for identification purposes. We use various software programs and CCTV enhancement tools to help us enhance or clarify the desired video images. We create customized filtering to sharpen the video image and remove video noise for identification and enhancement of the images in the CCTV surveillance video.

A variety of CCTV enhancement techniques are applied in different arrangements on CCTV surveillance video recordings, smartphone video recordings, law enforcement dash camera recordings, as well as other types of recordings used as video evidence. The most important ingredient to this scientific process is to maintain the highest quality of the video recording and establish a chain of custody. This yields the highest success possible throughout the investigation. If the analog video or digital video file has undergone additional compression, this video evidence will be limited to the enhancement possibilities.

First, take the necessary steps to preserve your original CCTV recording. You may have various export options for extracting the CCTV video from your system that you are not aware of. By preserving the original evidence, the opportunity for questioning the integrity of the CCTV video diminishes. This is especially true if the video recording is extracted from the original system. You can also consult a video forensic expert about the best methods and file format exporting options that your CCTV system is capable of. Second, if a crime has been captured on a CCTV video system, you will want to export a copy for the local police. Most consumer-based CCTV camera video systems have easy to follow instructions for exporting AVI files (courtroom ready format) directly to mobile storage. Most consumer-based CCTV camera systems require a flash drive storage medium to export to. These drives are easily available at any office supply store like Office Max or Staples. The AVI formatted video is also easily viewable by a video forensic expert or investigator for immediate review. CCTV enhancement is done using various software programs by a trained and qualified professional like a video forensic expert. Pixels are enlarged, or otherwise adjusted, in order to bring out the necessary details or information about the crime that was committed. Most CCTV systems and their cameras have night vision that will record clear images of events as they occurred for forensic enhancement.

If you have a video that you question or need help understanding, contact us for a pro bono consultation. We apply forensic expertise to cases in the United States and many countries around the globe. Any and all formats of audio and video accepted. Click HERE to email your questions or call 800-647-4281 in the USA or +01-248-853-4091 Internationally. 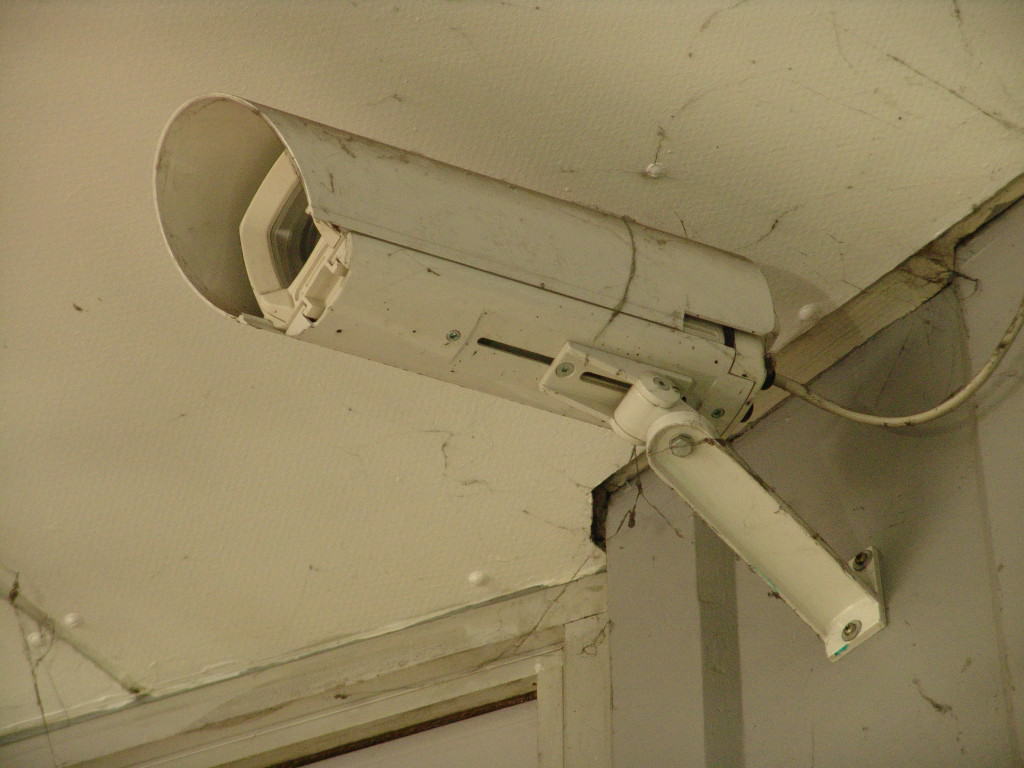 You have a video and the quality is poor. You need to see the events recorded in the video more clearly than what is currently available. Chances are that your video is probably part of a court case and has a critical impact on the judge and jury better understanding the events as they originally occurred. Video is a very powerful tool and helps law enforcement display criminal activity in the courtroom. Video also helps keep businesses secure through the use of surveillance video. When a crime is committed and caught on CCTV video, video forensics experts can help clarify and enhance that video so the court and other litigators can see the events more clearly during the court proceeding. On the other hand, maybe you have an old video, like a wedding video that has aged and damaged from poor storage or became overheated on the dashboard of your car in the hot sun. Video forensic experts have the hardware and software tools available to restore that video to a playable condition in most situations. The success of the restoration, clarification, and enhancement, depends on two things; how damaged the tape is and your expectations of what is possible. Many video recordings are too far gone for the forensic expert to properly restore. However, I have found over the years that experimenting with various restoration tools, hardware, and software, in various combinations, yield results. You have to have a starting point to work from to achieve results. What may seem impossible can be very possible when using various tools in various combinations. If you have a video that needs the quality improved, call us for a pro bono consultation (800) 647-4281.

In many of the cases I investigate as a video forensic expert, there could have better outcomes. If more thought was put into CCTV surveillance camera placement locations, more CCTV video would be useful in litigation. Here are a few things to keep in mind when deciding where to place …Read More

Closed circuit television systems (CCTV) are a very useful tool for businesses, governments, institutions, etc. mainly because they can keep an area secure and safe automatically without human interaction. Some organizations chose to have security personnel monitor the camera surveillance at a location point within the building while others let …Read More

The next time you walk down a city street, take a look around you and notice the number of video cameras and motion activation devices present that help control traffic, regulate complicated machinery, and deter crime. They’re right there next to the street lights and traffic signals. Government buildings, police …Read More