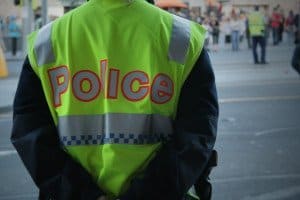 Video is the least challenged of all digital media forensic evidence. It provides a clear indication of the events as they occurred by allowing the judge and jury to observe the event with their own eyes. Therefore, nothing is as revealing as video to clearly show the court exactly what happened. If the officer involved in the Michael Brown shooting, Darren Wilson, had a body camera, the case might have had a different outcome. The ability for the jury to see something first person can be invaluable to their decision. For example, in the video embedded below, courtesy of ABC News, we see two pieces of evidence. First, footage of a confrontation taken from the dash-cam. Second, evidence taken from the body worn camera. As the first half of the video shows, the police officer in question tackles the suspect for seemingly no reason. The body camera, however, tells a completely different story.

Last year, Primeau Forensics had the opportunity to test and review one of these body-worn cameras, the VIEVU LE2. These cameras would be phenomenal for police forces all over the U.S. It’s 72-degree wide angle lens allows for a wider first person perspective. That means even a suspect standing at a distance from the officer is still being recorded. The near-professional quality of the audio and video ensure a clear understanding of the situation. In addition, the digital signature security ensures that the video footage is tamper-proof while on the device. In conclusion, body worn cameras could completely revolutionize the court system and how it interprets evidence. Video like this can be instrumental to the outcome of a case, as it provides the most realistic representation of what exactly transpired in a given confrontation. As shown above, not even a dash-cam can always show us everything. However, having a first person perspective of a given confrontation is pivotal to the jury’s final decision. For more info on body-worn cameras, check out CEO Ed Primeau’s interview with VIEVU CEO Steve Ward here!